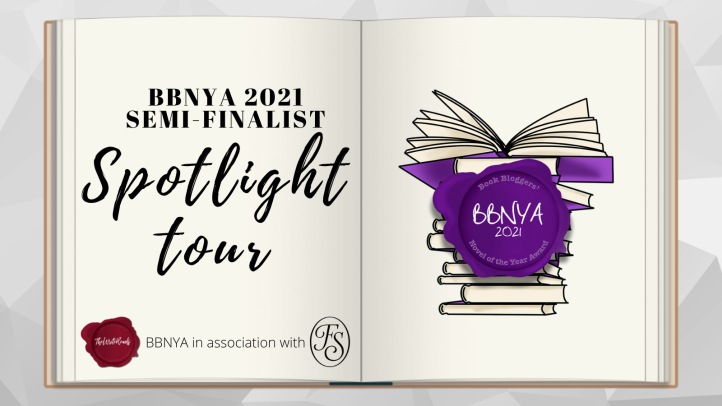 Today’s my stop on the BBNYA Spotlight Tour for Shadowless by Randall McNally!

This year, the Book Bloggers’ Novel of the Year Award (BBNYA) is celebrating the 65 books that made it into Round Two with a mini spotlight blitz tour for each title. BBNYA is a yearly competition where book bloggers from all over the world read and score books written by indie authors, ending with 10 finalists and one overall winner.

If you want some more information about BBNYA, check out the BBNYA Website or take a peek over on Twitter @BBNYA_Official. BBNYA is brought to you in association with the @Foliosociety (if you love beautiful books, you NEED to check out their website!) and the book blogger support group @The_WriteReads 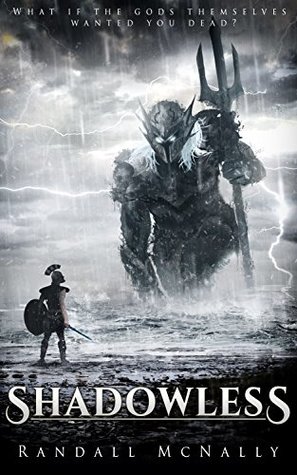 About the Book (From Goodreads): What if the gods themselves wanted you dead?

A young boy lies on a beach on a warm summer’s day. While trying to block the sun from his eyes Arpherius makes a shocking discovery; he has no shadow. Confused and bewildered he asks his uncle why he is shadowless. What he learns is a terrifying secret that will change his life forever.

Set in the Northern Realms, Shadowless is a fantasy novel about individuals born without a shadow. Spawned by the malevolent deities of this world these children of the gods are persecuted at every turn. Hunted by the high priests who carry out the wishes of their gods, hunted by the Shadow Watchers; armed soldiers who are assigned to each temple, and hunted by the gods themselves.

Part-mortal and part-god, the Shadowless live for centuries and face a battle for survival, constantly on the run or hiding in far-flung corners of the Northern Realms.

Soon their lives and fates become intertwined, expedited by the mysterious monk Amrodan. Driven by a series of visions Amrodan travels through the Northern Realms, seeking out the Shadowless and trying to enlist their help to take a stand and fight back against the gods.

About the Author: [Randall McNally] is an Indie writer seeking representation. Author of the epic fantasy novel, Shadowless. [He] enjoys reading sci-fi and fantasy

QOTD: What are you currently reading?
I meant to post this on Thursday, but the days seem to be jumping ahead on me 😅
QOTD: What books are you excited to read in August?
Hello everyone 👋
YA fantasy giveaway! Congratulations to Savannah J. Goins for the upcoming release of her latest novel, The Cathawyr, and hats off to @arcticpaintbrush for this incredibly gorgeous cover design! In celebration, we’re giving away a $25 Amazon gift card and $25 to Savannah’s merch store! The winner will be randomly drawn and notified on Friday!
QOTD: Recommend a book by an indigenous author!