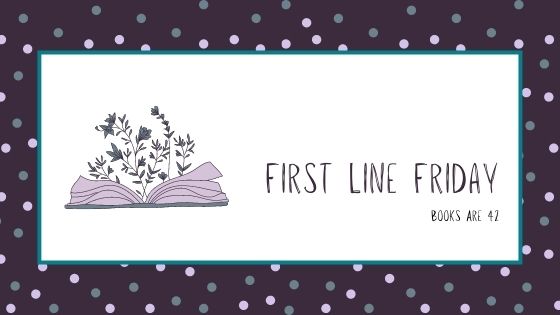 First Lines Friday is a weekly feature hosted by Wandering Words. What if instead of judging a book by its cover, its author or its prestige, we judged it by its opening lines?

Here’s how it works!

There was a hand in the darkness, and it held a knife. The knife had a handle of polished black bone, and a blade finer and sharper than any razor.

And the Book is!

The Graveyard Book by Neil Gaiman

The Graveyard Book is my favourite Neil Gaiman book and it’s perfect for this spooky season. This middle-grade book is a retelling of The Jungle Book but instead of being raised in the jungle, the main character is raised in a graveyard. It’s full of dangerous adventures, frightening creatures, and memorable characters. It’s definitely the kind of book that you want to look into this time of year.

There are dangers and adventures for Bod in the graveyard: the strange and terrible menace of the Sleer; a gravestone entrance to a desert that leads to the city of ghouls; friendship with a witch, and so much more.

But it is in the land of the living that real danger lurks, for it is there that the man Jack lives and he has already killed Bod’s family.