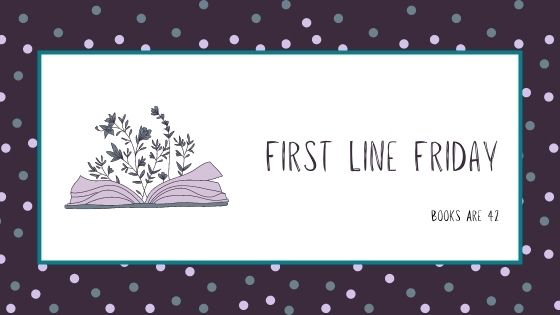 First Lines Friday is a weekly feature hosted by Wandering Words. What if instead of judging a book by its cover, its author or its prestige, we judged it by its opening lines?

Here’s how it works!

The cameraman heard the unicorns before he saw them.

Skandar and the Unicorn Thief by A.F. Steadman 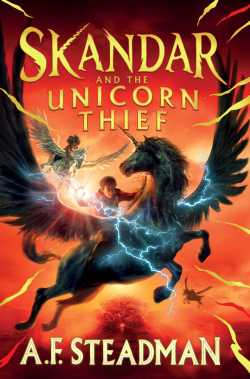 This middle-grade fantasy debut came out earlier this week. It’s my current read, and I am loving it so far. I’m invested in the story and the characters, and I can already tell that it’s going to be one of my favourite reads of the year.

Goodreads Synopsis: Skandar Smith has always yearned to leave the Mainland and escape to the secretive Island, where wild unicorns roam free. He’s spent years studying for his Hatchery exam, the annual test that selects a handful of Mainlander thirteen-year-olds to train to become unicorn riders. But on the day of Skandar’s exam, things go horribly wrong, and his hopes are shattered…until a mysterious figure knocks on his door at midnight, bearing a message: the Island is in peril and Skandar must answer its call.

Skandar is thrust into a world of epic sky battles, dangerous clashes with wild unicorns, and rumors of a shadowy villain amassing a unicorn army. And the closer Skandar grows to his newfound friends and community of riders, the harder it becomes to keep his secrets—especially when he discovers their lives may all be in graver danger than he ever imagined.

If you’re interested, you can purchase a copy of Skandar and the Unicorn Thief from Amazon* here.

Disclaimer: Some of my posts made on my blog will include affiliate links, which will be marked with an asterisk (*). As an Amazon Associate, I earn from qualifying purchases. This comes at no additional cost to you.